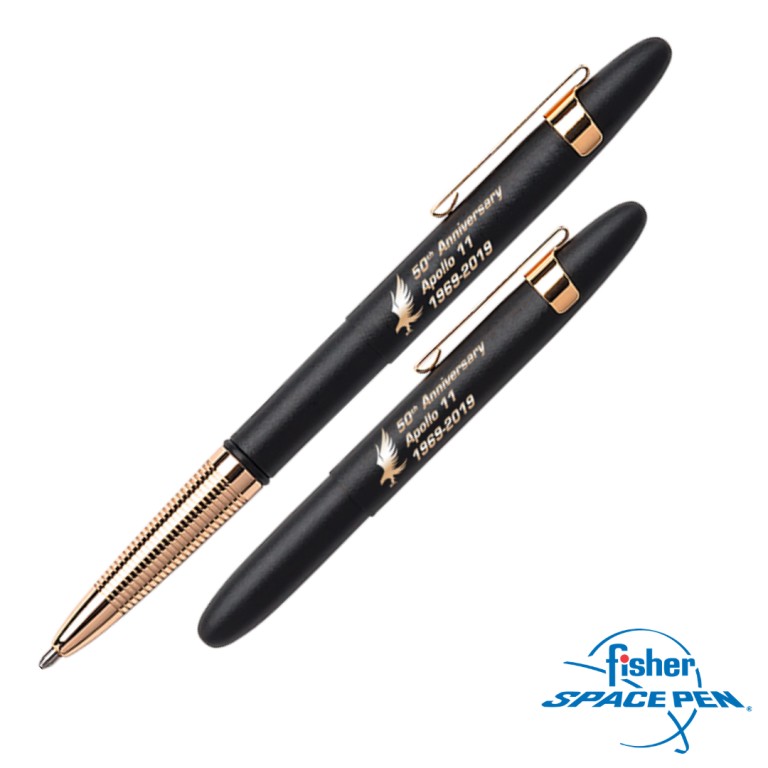 On July 20, 1969, the crew of NASA’s Apollo 11 made history, becoming the first manned spaceflight to land on the moon.
Launched on July 16, 1969, the spacecraft carried Commander Neil A. Armstrong, Command Pilot Michael Collins and Lunar Module Pilot Edwin “Buzz” Aldrin.  On July 20, at, 4:18 pm EDT, while the entire world held its breath, the lunar landing craft named Eagle 1 safely touched down.  Several hours later, Armstrong and Aldrin became the first humans to stand on the moon while Collins orbited above.
This special Edition Bullet Space Pen (Matte Black / Lacquered Brass Finger Grip) has the same pressurized ink refill cartridge used on the Apollo 11 Mission. It defies gravity, writes in the harshest of environments, and is still used on all manned space flights today. 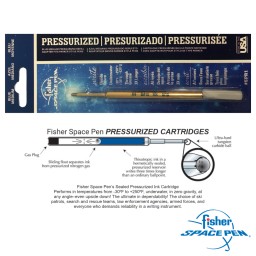 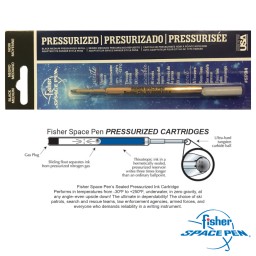 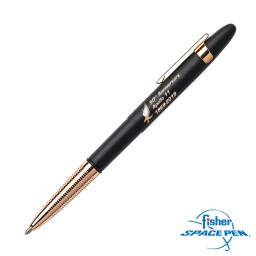 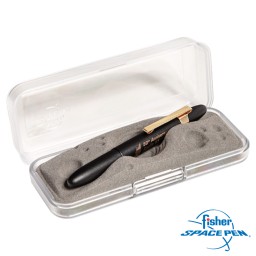 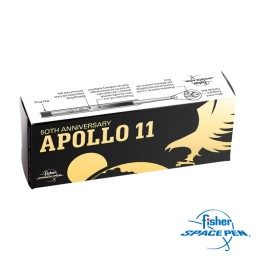