Every year, the Royal Dutch Mint mints Golden Ducats, after originals from the 16th and 18th century, on behalf of the Ministry of Finance. Up and until 2021 they explore four international trade routes where the Golden Ducat played an important role, based on the four cardinal directions. The obverse of the Golden Ducat 2021 is decorated with the recurring acanthus leaves, shells and the letter “W”. The Ducat also features a “Plakkaat” (Act): in this act, the Golden Ducat was first codified as legal tender in the Dutch Republic. This year, we are travelling home to the West!

The trusted international trade coin is engraved with a historical image: a knight in armor with arrows, designed by engraver Johan Willem Marmé. From 1763 until 1795, Marmé worked as engraver of the provincial and urban Mint of Utrecht. On the obverse of the coin the Latin phrase Concordia Res Parvae Crescunt is engraved: “Small things flourish by concord” or better known as “Unity makes Strength”. On the reverse the Latin Mo. Aur. Reg. Belgii Ad Legem Imperii is found: “Gold coin of the Kingdom of the Netherlands by law of the Empire”.

In 1586, a new monetary system containing the most important coins was introduced in the Republic. The new currency legislation was announced to the public through “plakkaten” (acts). These large sheets of paper with the acts printed on them were hung in a central place in the city. The “Plakkaat of 4 August 1586” is the first act that codified the Dutch Golden Ducat as legal tender. It was also sometimes called the “Plakkaat of Leicester” after Robert Dudley, Earl of Leicester (1533-1588). The new monetary system was introduced under his rule. Leicester was sent to the Dutch Republic in 1585 by Queen Elizabeth I of England to lead the Revolt against the Spaniards after the death of William of Orange. The “Plakkaat” on the obverse of the coin was therefore very important for the Golden Ducat in the Dutch Republic! 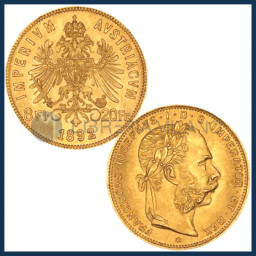